Dementia is a term used to describe a group of symptoms that arise from the deterioration of brain cells, leading to loss of brain function over time. Dementia affects around 850,000 people in the UK, with one person developing a form of dementia every three minutes. Generally, different types of dementia have very similar symptoms, which can include:

Typically, dementia symptoms worsen over time and it may take months or years before people are diagnosed. However, those who know you well will most likely notice the symptoms before you do. Dementia can be caused by alcohol and drug abuse, in which case some patients can have symptoms reversed, but most cases of dementia are caused by one or more of the following diseases and cannot be reversed. 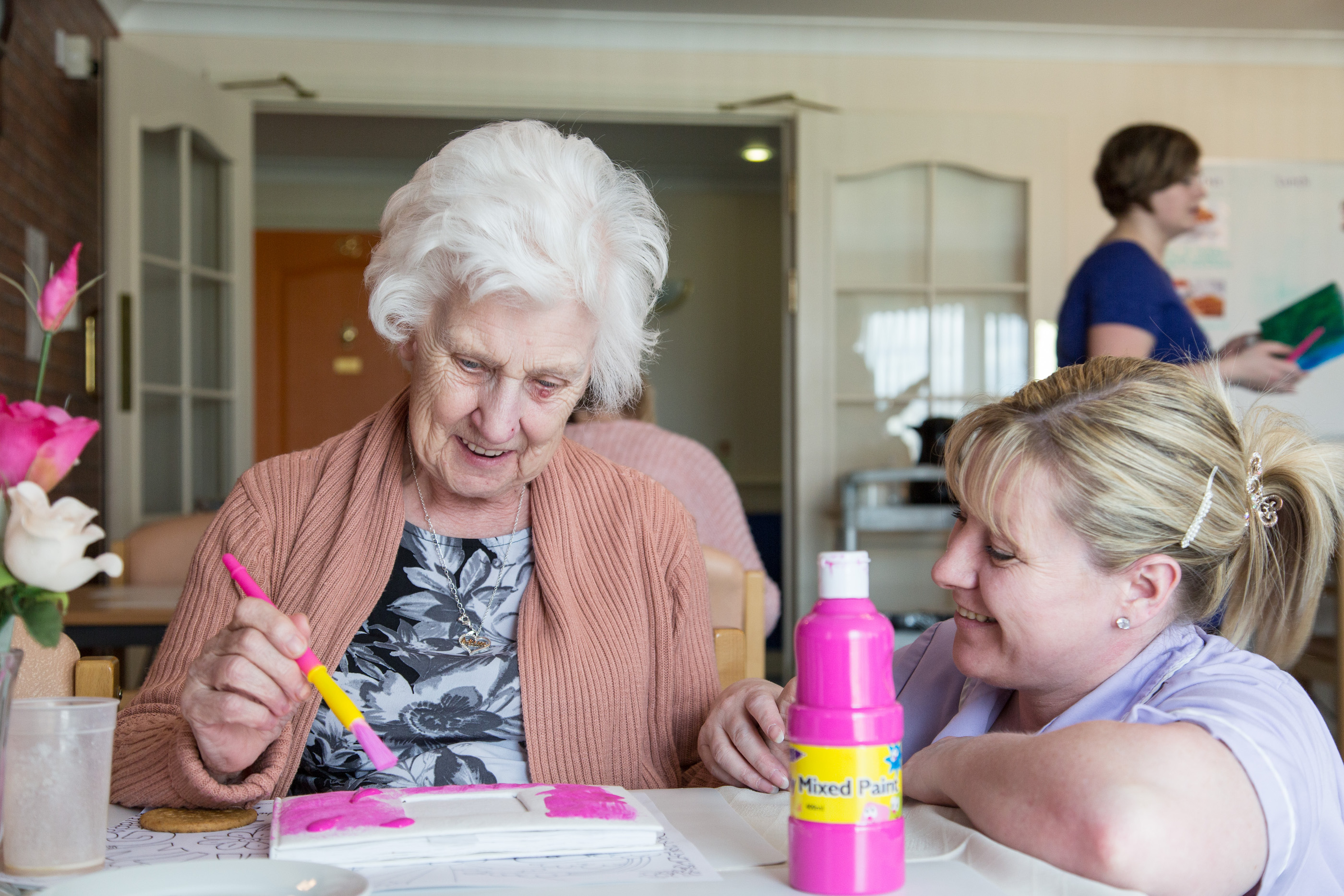 The most common type of dementia, Alzheimer’s disease accounts for 60%-80% of dementia cases, generally affecting older adults. Alzheimer’s disease is caused by brain cell death and in most cases progresses with age (although it can very rarely affect younger people). Although extensive research has gone into the cause of Alzheimer’s, it is not known what triggers the disease, but research suggests the buildup of proteins amyloid and tau in the brain is what drives the disease. As Alzheimer’s progresses, more nerve cells in the brain are damaged, leading to more severe symptoms, such as deterioration of sight (difficulty judging distances) and concentrating.

Around 17% of people diagnosed with dementia have vascular dementia and it is extremely rare to develop this form of dementia under the age of 65. Vascular dementia is usually caused by lack of blood flow to the brain and is related to transient ischemic attacks (TIAs) and strokes. Symptoms can occur over time or suddenly, depending on the source of the issue, and often cause confusion, vision problems and disorientation. Vascular dementia can be more specifically diagnosed, depending on the cause of the dementia, so health plans can be further tailored to the patient’s needs. This can include:

Accounting for approximately 10%-15% of dementia cases, dementia with Lewy Bodies is often diagnosed as Alzheimer’s due to the similarities between the two, but the difference is the type of proteins that build up in the brain. Alpha-synuclein builds up on the nerve cells in the brain, causing connections in the brain to weaken and stops important chemicals (like acetylcholine and dopamine) from being able to carry messages between nerve cells. Unlike other forms of dementia, where the symptoms progressively get worse, Lewy Bodies sufferers sometimes have better days than others.

People with this type of dementia may share symptoms with Alzheimer’s disease, such as trembling in the hands, falling asleep at unexpected times and hallucinating.

This covers various different types of dementia which affect the front and side parts of the brain – these areas control language and behaviour. This form of dementia can affect people as young as 45 years old and a cause has not been discovered as of yet. Frontotemporal dementia can cause loss of motivation, and increase compulsive behaviour as well as the forgetting of common words.

Parkinson’s disease has five stages of development, with symptoms usually starting between the ages of 30 and 50. Parkinson’s disease is progressive, as symptoms slowly get worse over time due to the death of nerve cells in a part of the brain called the substantia nigra. This leads to a reduction in the chemical ‘dopamine’ which helps the body move – leading the depletion of functional skills. Patients often show difficulty with reasoning and judgement, for example, forgetting to do daily tasks and being confused by visual information.

If the patient is under the age of 65 years old, they’ll be diagnosed with young-onset dementia, which highlights to carers that they’ll need a different support system. Although you can get any form of dementia whilst below the age of 65, this diagnosis helps with difficulties they may face which differ from older patients.

This refers to patients diagnosed with multiple types of dementia – an estimated 45% of dementia patients have more than one form of dementia. Symptoms will vary depending on the combination of different dementias and person. Some people may experience memory loss first, whilst others behaviour will drastically change from day to day (from aggressive to happy).

Bondcare is dedicated to providing a comprehensive and bespoke service to all our dementia residents, making our services the best choice for your loved one. Bondcare has a selection of care homes that specifically cater to all types of dementia, located throughout the UK, so you’ll never be far from your loved one. For more information on dementia, our care homes and services, please get in touch with a member of our staff today and we’ll be happy to answer any queries you may have.

Visiting one of our homes is easy, either make an appointment with the home manager or simply drop in to be shown around!

We have a large number of specialist dementia care homes across the country catering for all types of dementia.

Visit one of our award winning care homes…

Recommended by our families…

Having visited this care home on several occasions without notice we were very impressed and decided to leave our Aunt for two weeks respite. The manager is magic and this flows throughout the home to the staff. … Chapel Garth EMI Residential Home

Regular checks are in place to ensure the best care for your relative.